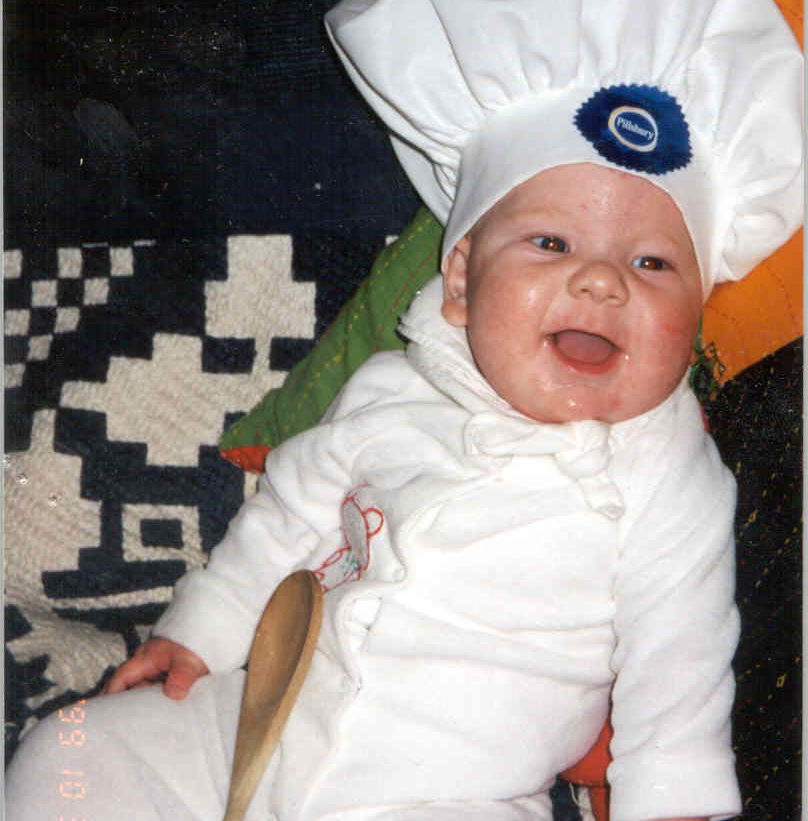 Six years ago today, I was juggling a newborn, a two-and-a-half-year-old, and a nearly five-year-old. Our newborn Ryan was born at 12:36 a.m. on May 5, 1999, at the Peace Arch Hospital in White Rock, British Columbia.

It was a short labour and delivery (about 35 minutes). We were overjoyed to be expanding our family, and Ryan appeared to be in good health; chubby, blonde, and blue-eyed. He gained weight during his checkups in weeks one and two, but our family doctor was concerned about his breathing. “Come back at week four” she told us.

That night, we were introduced to the stark, sterile world of hospitals, procedures, tests, and three words – congenital heart defect. The cardiologist, Dr. Human, explained calmly that Ryan had a ventricular septal defect (VSD) and transposition of the Great Arteries (TGA), which necessitated an emergency septostomy to increase oxygenated blood flow to his body. Our beautiful, perfect baby was whisked away for his first invasive procedure. We were stunned…

I remember the long hours in the waiting room praying Ryan would be ok. Finally, Dr. Human came out at around 1:30 a.m. and told us that he had done very well and was now stable. Next stop – ICU.

Both Dave and I were “walking zombies” as we tried to adjust to the “ICU world”. The nurses were very gentle and understanding and assured us that Ryan wasn’t in any pain. Up until this point we had not had the opportunity to speak to our families. How were we going to explain the events of the first 24 hours of this nightmare? The first challenge was to explain to Ryan’s brother Evan and his big sister Erika as they sensed the stress and concern surrounding their little baby brother.

That weekend we prepared for Ryan’s big surgery scheduled on Monday, June 7th at 8 a.m. We met with Dr. Sett who explained the procedure and risks associated with Ryan’s serious condition. We trusted this man, his skills and expertise. We understood Ryan was in good hands.

June 7th was the longest day of our lives. We paced around the hospital grounds several times hoping the pager they gave us would beep to tell us that Ryan was out of surgery. It never beeped. The surgery was to have been between 6 to 8 hours.

At 4:00pm, we were told that Dr. Sett was not happy with the repair and had to put Ryan back onto ECMO, which extended his surgery by another four hours. At 8:40 p.m., Dr. Human came out and told us that the next 72 hours were critical. We would be able to see Ryan once he was stabilized.

It was 1am when we were able to see Ryan, and we could not believe our eyes. Our little baby was full of tubes, wires, and monitors. His body was very swollen; his features were pale as he lay there so still. The hard work was just beginning. Time was marked in 4-hour increments: 4, 8, 12, 16, 20, 24 – Day 1…30, 36, 42, 48 – Day 2…54, 60, 66 – Day 3. Ryan had his ups and downs that weighed heavy on all of us. Dr. Sett seemed to be at his bedside often. Dr. Human and the ICU team were cautious, not really telling us too much – and we hung on every word. Prayers from family, friends, and a prayer chain around the world kept us buoyed through the grueling hours that lie ahead. It was up to Ryan and his little spirit; with each passing hour he got stronger and stronger. We nicknamed him “Private Ryan” after the academy award-winning movie, “Saving Private Ryan”.

The ICU team was incredible. His nurses were so understanding and thoughtful in our time of high stress. Day 5 – Ryan’s sternum was finally closed as he began to take on his cherub features once again. Soon he would be well enough to go to 3G where we once again were able to hold him and just be with him.

On Day 23 of this journey, Ryan was discharged, and we left for Calgary the following day to begin a new chapter in our life. In Calgary, Dr. Harder, Patty Knox, Barb, and the Calgary cardiology team picked up where BC left off, and cared for Ryan. They have grown to be very special and important in our lives. They have had a significant impact that I can never fully repay.

Approximately 90 days post operation, the right side of Ryan’s heart began to fail, and things changed quickly. The Calgary team had to make some tough decisions on what to do, as the BC team who performed the surgery wanted him air-evacuated back to BC Children’s Hospital. Stabilized, but once again very sick, our now 4-month old baby was on another journey and we were trying to make sense of it.

The decision – get Ryan to BC Children’s Hospital as quickly as possible so that Dr. Sett, Ryan’s original surgeon could determine what had happened. Ryan and I, along with paramedics and a cardiology nurse from Calgary, were rushed by ambulance to the airport to fly in a special plane back to BC. Dr. Human and Dr. Sett determined that Ryan’s pulmonary artery had developed a stenosis due to scar tissue from the surgery. They performed an angioplasty, which took care of the problem.

That concludes our tale. Sorry for the long windedness, but once I started, I couldn’t stop. I haven’t written anything down about the experience since we went through it. My husband Dave, who kept a journal of the entire event, has yet to read it because the emotions are still raw.

Ryan just had his annual exam, and he passed with flying colours! Ryan is now a healthy, active young man who lives life to the fullest. I am truly thankful for the doors that have opened, the wonderful people we have met, and the changed life perspective our family has. Ryan is a wonderful boy; he isn’t aware of his bravery or strength, but I know he will use it to change the world some day. .

Thank you for giving me the opportunity to tell our story.

This story was written by Ryan’s mother, Heidi, on May 24, 2005.
Return to Family Stories