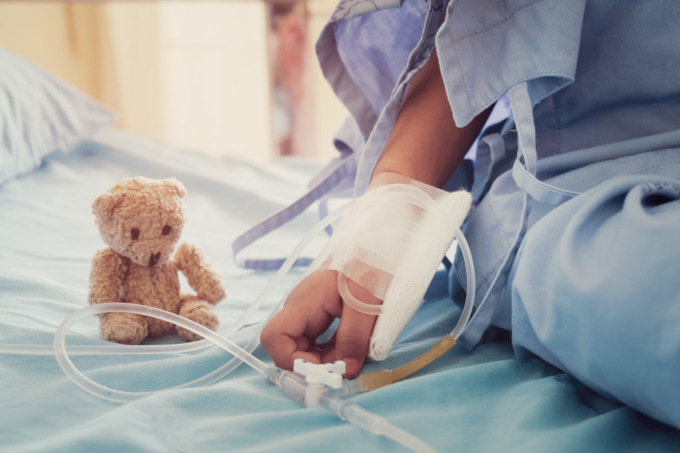 Robyn Arielle Ward was born on the 6th of April, 2004. Rebecca, her four-year-old sister, was overjoyed that her wish for a baby sister had come true.

On the evening of April 7th, we brought Robyn home from the hospital. She had a fever of 40 degrees Celsius and was drowsy on April 11th. Her umbilical cord was emitting a foul odour. We took Robyn to Winnipeg Children’s Hospital because we suspected it was infected. Following blood tests, a failed lumbar puncture, and a urinalysis Robyn was admitted to the hospital for 48 hours of intravenous antibiotics. The fever, according to the doctor, was caused by Group B strep.

An ER doctor was summoned, and he performed an ECG before summoning Dr. Saxena, a cardiologist. They placed a bag of ice on her brow and over her eyes. Her heart rate dropped to 130 beats per minute, and she was transferred to the NICU.

Matters of the heart

Dr. Saxena informed us that her Supraventricular Tachycardia (SVT) episode was caused by Wolff-Parkinson-White Syndrome (WPW), an abnormal electrical pathway in her heart. Robyn had many episodes of rapid breathing throughout the night and the next day. April 13th, she received an echocardiogram, and Dr. Saxena discovered both a moderate to large Ventricular Septal Defect (VSD) and an Atrial Septal Defect (ASD). Her heart was found to be enlarged, and fluid was discovered in her lungs. To help her get rid of the extra fluid, she started taking Aldactazide, a diuretic.

The day before we were scheduled to go home, Robyn developed congestive heart failure (CHF), which was accompanied by numerous episodes of difficulty breathing. Throughout the day, she had three episodes of SVT: one at rest that resolved itself, and two caused by extreme agitation and crying that were resolved by a cold cloth on her forehead. It became clear that we weren’t going home anymore. Because the Propanolol she was taking was not effectively controlling her heart rate, she switched to Sotalol.

Robyn was kept in the NICU until April 20th, when we were finally able to take her home. Robyn was taking Aldactazide and Sotalol twice a day, and the public health nurse checked her weight twice a week. For follow-ups, we visited her pediatrician or the Variety Children’s Heart Centre once a week.

Dr. Saxena expressed concern about Robyn’s lung pressure, which remained high, as well as the lack of change in the size of the VSD at a follow-up appointment in May. She advised us to be prepared to travel to Edmonton in a few months for heart surgery to repair the VSD and the WPW. At her heart centre appointment on May 25th, Robyn’s liver was enlarged, her weight gain was slower, her breathing was faster and she vomited after eating. All of this pointed to a worsening of her CHF. Dr. Saxena supplemented Robyn’s medication with Lasix.

Robyn continued to vomit and she couldn’t keep her food down. She also had trouble breathing for the next three days. We went to the Heart Centre on May 28th for an unscheduled check-up after paging Lea, the nurse clinician. Robyn was taken to the Children’s Hospital. She started tube feedings (NG tube) to reduce her feeding work and introduce extra calories. Her medication dosage was doubled, and her electrolytes were closely monitored.

Surgery in Edmonton has been scheduled for June 3rd. Rob and I decided to bring Rebecca Ann and my mother with us to Edmonton. We felt it was critical that Rebecca be a part of this experience. My mother was delighted to accompany us to be with Robyn, care for Rebecca, and support us as needed.

We arrived in Edmonton on June 1st, and Robyn was admitted to the Stollery Children’s Hospital’s Cardiac Ward. Robyn’s surgery date has been rescheduled for June 8th. We were grateful for the extra time before surgery because Robyn was able to gain weight while feeding through the NG tube. The care we received in this wonderful facility was excellent. We discovered that the staff at Stollery Children’s Hospital was dedicated to a family-centered approach, providing care and support to all patients.

Robyn’s surgery was a success. Dr. Ross repaired her large VSD, removed muscular bundles from her right heart, and repaired her ASD. Her Wolff-Parkinson-White Syndrome was not repaired by the Cardiology team. This will be done as an ablation procedure when she is older, if necessary.

Unfortunately, Robyn began to experience some complications the day after surgery. Her heart rate spiked again. Her tricuspid valve was leaky.. Captopril combined with a lower dose of Sotalol improved her heart function. Robyn entered SVT on the morning of June 16th. Three doses of Adenosine were given, and the SVT was stopped. After one day in the intermediate care environment (ICE room), we returned to a regular room with close observation and support. Robyn had the NG tube removed and was able to start nursing.

Another echocardiogram revealed that Robyn’s heart function had not improved. We met with Dr. Kantoch, an arrhythmia specialist. He gave us four treatment options: 1) do nothing and hope her heart function improves; 2) Captopril (which lowers Robyn’s blood pressure too much); 3) Digoxin (which causes atrial fibrillation in adults with WPW but has not been shown to cause this in babies); and 4) an ablation procedure (not usually recommended for babies).

We were left to make the decision. Robyn was returned to the ICE room after we decided to start her on Digoxin.

We have been caring for Robyn at home since then, and we are grateful for the family-centered care we received from Stollery Children’s Hospital and continue to receive from the staff of the Variety Children’s Heart Centre. We are overjoyed to be back home and grateful for the prayers and support of family and friends during our heart journey. We are grateful to the many special people we have met along the way for their thoughtful kindness and gentle care shown to our family.

This story was written by Robyn’s mother.
Return to Family Stories