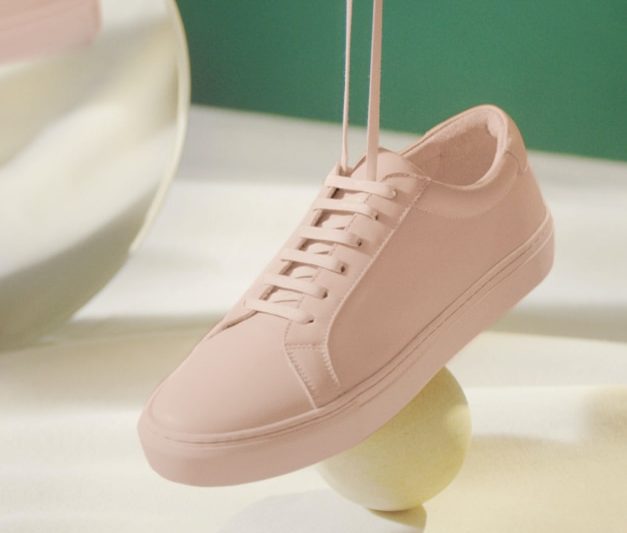 It all started with a routine 6-month ultrasound. I was told the baby was in a funny position and the technician couldn’t see the whole heart. Five ultrasounds later I was exasperated with my “paranoid” obstetrician. I remember thinking, “How ridiculous, a fetus wouldn’t survive with half a heart.” I was joking with the technician at the Royal Alex perinatal clinic when suddenly she stopped laughing. She informed me she had to get a doctor. When the doctor came, she looked at the ultrasound for a long time, then told me it confirmed there was a heart defect, although she couldn’t tell me what it was.

A week later, we went for Davita’s first echocardiogram. Dr. Dyck started explaining by telling us, “this is not a good heart defect to have.” He went on to explain that the baby’s heart only had a single ventricle (Univentricular Heart), single atrium, single AV valve, and we would find out the details once the baby was born. All I wanted to know was if it was fixable, and if so, how? Dr. Dyck explained that there was a three stage operation that would likely result in the baby living a fairly normal life, although not an athletic one.

Many ultrasounds later, Davita surprised us all and was born by emergency C-section at the Royal Alex, three days before the scheduled inducement. I saw her for a moment before the NICU transport team whisked her to the Stollery. Her dad and grandma were with her through all the tests that night. Davita was diagnosed with complex congenital heart disease, situs inversus and asplenia. Despite the severity of her heart defect, Davita was healthy and responsive. She just had one IV and was eating from a bottle at two days old. Her patent ductus had stayed open, which is why she was so pink, and the excellent team at the NICU kept her for ten days, anticipating severe distress when it closed. In the end, we had two wonderful months at home before Davita’s first surgery.

We watched her carefully at home those two months and the only symptoms we noticed were that occasionally her fingernails would look a little mottled. We brought her in for a check up at two months old and were astonished to find out that her oxygen sats were below 60%. She was immediately admitted and put on oxygen. After a Cardiac Cath, her sats dropped to 50%, 35%, even 20%, before she looked even slightly blue. Just as respiratory therapists were coming to investigate, her sats dropped to 0% and she stopped breathing. They had to bag her to give her air. That was the scariest moment. After that, she was moved to PICU.

The rest of Davita’s first year of life was full of hospitalizations, trips to Edmonton from our home five hours away in Grande Cache, and many sleepless nights. Less than a month after that first operation, Davita began to fail again. A second operation gave two weeks of relief before her sats dropped to 50% on room air, barely reaching 60% on oxygen.

Dr. Rebeyka booked a third, unscheduled operation that Davita had when she was ten months old. After that, the difference was amazing. Finally no oxygen! She was so bright and happy it was hard to believe she had gone through all she had. She was tiny, 13 pounds at one year old, but she always had a big personality.

Davita completed her Fontan in February of 2000. Her recovery took a little longer than the recovery from past surgeries, but she pulled through. We thought we were done with the hospital, but in June of that year, a trans-esophageal echo revealed a huge mass of unknown fluid in her pericardial sac. We were all shocked, because she had no symptoms. She was hospitalized again, on the same day her adopted brother, Asher, was scheduled to come live with us. Needless to say, it was a pretty hectic time. After several CAT scans and tests, Davita underwent a pericardial window and had a chest tube inserted to drain the fluid. All the staff were laughing about this “sick” little girl racing around the nursing unit with an IV and a chest tube in tow.

Her life and ours have been immeasurably enriched by the people we have met along the way- the incredibly gifted and compassionate staff in Cardiology; the delightful, courageous children who have been roommates or playmates; and the strong, caring families who support them through everything. All these people have been inspiring and uplifting.

Davita is an amazingly resilient little girl. She is curious, caring, spirited and happy. At the present time, she is stable and doing very well. It has been almost five years since her last surgery. Her prognosis is unknown, but just looking at her, we are hopeful for the future and grateful for every moment we get to spend with her.

When I mention to friends or co-workers that Davita has a complex heart anomaly and has had four operations, most people react first with an expression of pity. But there is nothing pitiful about Davita. There have been plenty of difficult and painful times in her life so far, but it is also an extraordinary life, lived in the midst of miracles. This wasn’t the experience I expected as a new mother, but in retrospect, there are many aspects of this journey that I am very grateful for.

I hope Davita will feel the same way as she grows up.

This story was written by Davita’s mother, Hadley.
Return to Family Stories