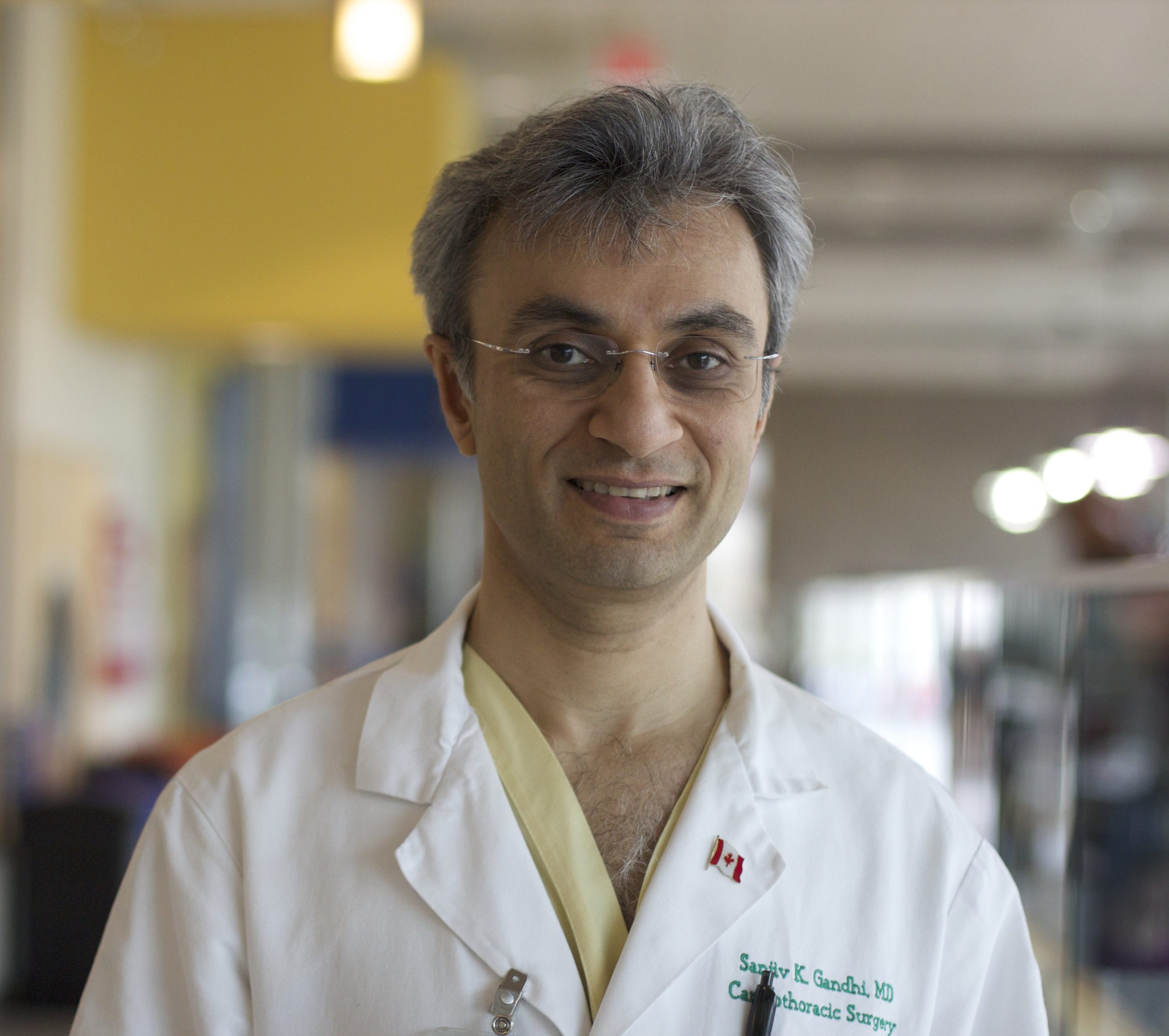 Dr. Sanjiv K. Gandhi is an Associate Professor of Surgery at the University of British Columbia School of Medicine, as well as a Pediatric Cardiovascular and Thoracic Surgeon at BC Children's Hospital. He has extensive experience in all aspects of congenital heart surgery, including complicated newborn surgeries, pediatric electrophysiology, cardiopulmonary transplantation, and mechanical assistance for pediatric heart failure.

Dr. Gandhi graduated from McGill University in Montreal with a medical degree. He did his general surgery residency at St. Louis University School of Medicine, his cardiothoracic surgery research fellowship at Washington University School of Medicine, his cardiothoracic surgery residency at the University of Pittsburgh, his pediatric cardiothoracic surgery fellowship at the Children's Hospital of Pittsburgh, and his pediatric cardiovascular surgery fellowship at the Hospital for Sick Children in Toronto. Dr. Gandhi has received certification from the American Board of Surgery, the American College of Surgery, the American Board of Thoracic Surgery, and the Royal College of Physicians and Surgeons of Canada-Cardiac Surgery. Dr. Gandhi is a member of the American Association for Thoracic Surgery, the Congenital Heart Surgeons Society, the Society of Thoracic Surgeons, the International Pediatric Transplant Association, the International Society of Heart and Lung Transplantation, and the American College of Surgeons.